Studia Logica: An International Journal for Symbolic Logic, recently published and then retracted two articles by Janusz Czelakowski (Opole) following a discussion at MathOverflow, a site for professional mathematicians. 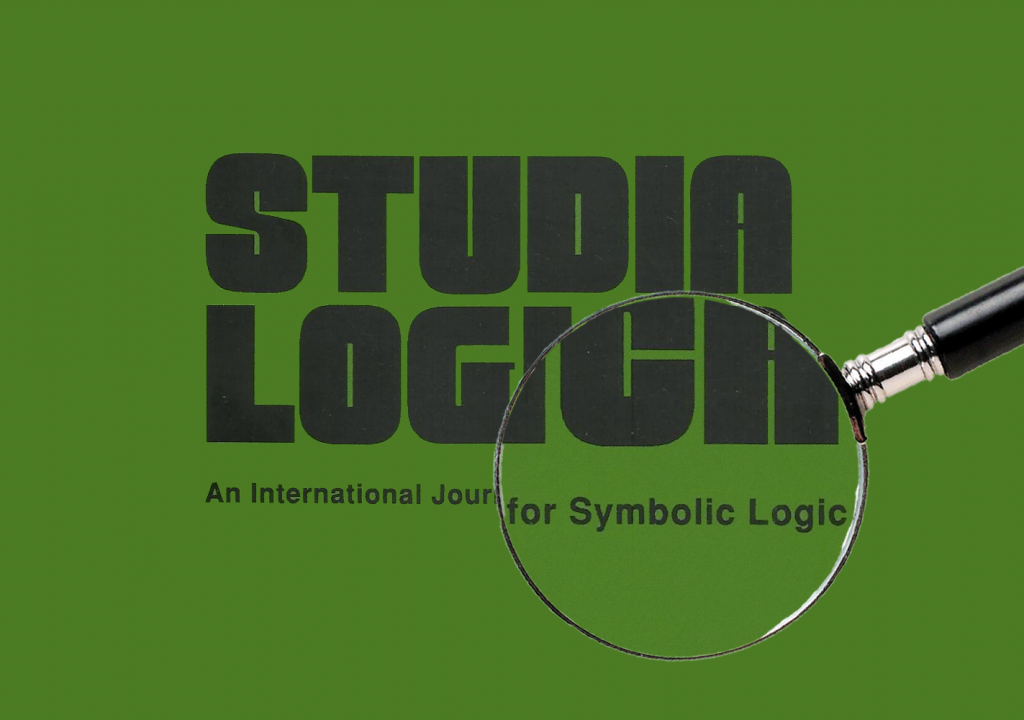 The first article drew the attention of MathOverflow because of its ambitiousness. Here is its abstract:

The paper is concerned with the old conjecture that there are infinitely many twin primes. In the paper we show that this conjecture is true, that is, it is true in the standard model of arithmetic. The proof is based on Rasiowa–Sikorski Lemma. The key role are played by the derived notion of a Rasiowa–Sikorski set and the method of forcing adjusted to arbitrary first–order languages. This approach was developed in the papers Czelakowski [4, 5]. The central idea consists in constructing an appropriate countable model AA of Peano arithmetic by means of a Rasiowa–Sikorski set. This model validates the twin prime conjecture. Since AA is elementarily equivalent to the standard model, the conjecture follows. Thus the standard model validates the twin primes conjecture. More generally, it is shown that de Polignac’s conjecture has a positive solution. The paper employs methods borrowed from the contemporary mathematical logic. Such a ’logical’ approach may be viewed as a useful addition to the dominant methodology in number theory based on mathematical analysis.

The discussion at MathOverflow began on October 26th with this comment from “Glycerius”:

It seems like the article “The Twin Primes Conjecture is True in the Standard Model of Peano Arithmetic: Applications of Rasiowa–Sikorski Lemma in Arithmetic (I)” by Janusz Czelakowski published in Studia Logica yesterday, claims to have proven that the twin prime conjecture holds in the standard model of Peano arithmetic using the technique of forcing. This seems like a very significant achievement (if the claim is not erroneous) but I am by no means an expert in logic or number theory, and therefore I’m not qualified enough to understand and evaluate the contents of this paper. So I would appreciate others’ inputs on whether this claim has merit.

In an October 28th response, James Hanson (Maryland) claims to identify a central error in the paper:

He goes on to elaborate on this in his comment, which you can read in its entirety here.

Studia Logica is published by Springer, but the retraction notice does not appear on the publisher’s pages for the journal, nor are the articles yet marked as retracted.

The incident was brought to my attention by Eric Schliesser (Amsterdam) on Twitter, where he noted that it was a victory for post-publication review, along the lines defended by Liam Kofi Bright (LSE) and Remco Heesen (Western Australia, Groningen) (see here).

He also noted a strangeness in Malinowski’s retraction notice:

It’s weird because he admits to irregularities in the review process—without explaining what they were. So why think this authors’ papers are the only ones?

I have no doubt the apologies are sincere (and the responsibility indeed felt), but apologizing for reputational damage is peculiar. The apology should be for the apparent referee shannanigans (favoritism?) and for putting out subpar work.

Line-by-line checking of mathematical proofs is the exception, not the rule. It’s relatively common that mistakes are found post-publication.

It was not hard to see that this paper had problems, and it didn’t take long for someone to locate a fatal error once it was looked at with a modicum of care. I agree that line-by-line checking is exceptional, but it would not have been necessary in this case.

I have asked Malinowski whether Czelakowski’s papers had gone through anonymized peer review but (quite reasonably) he hasn’t gotten back to me yet. I’ll update the post when he does.

It may be worth noting that Studia Logica uses single-anonymized review, which means the author identity is known to the reviewer and the editor. It may also be worth noting that Czelakowski is one of the associate editors of the journal in which his articles appeared. That raises the possibilty of a potential conflict of interest that could lead to corruption of the peer review process, but needn’t if strict measures are adhered to. I’m curious what readers think about that in general.

Is it possible to do text quotes instead of screenshots without alt texts for accessibility?Report

I used a screenshot of Hanson’s critique of the article because, based on errors I saw when I tried pasting the text itself, I did not trust DN’s platform, WordPress, to accurately reproduce the symbolic notation. I used a screenshot of Malinowski’s retraction announcement because such things sometimes are altered or vanish from their site without notice, and I thought it was good to have a record of the original.

I have now added the texts into the alt-text for each of them. Perhaps you could let me know if that worked (especially with the Hanson). Thank you.Report

MathOverflow is not “a website for professional mathematicians”. It is a website open to everyone, “expertise reputations” are built by being reliably correct while your diploma and institutional affiliation matter very little.Report 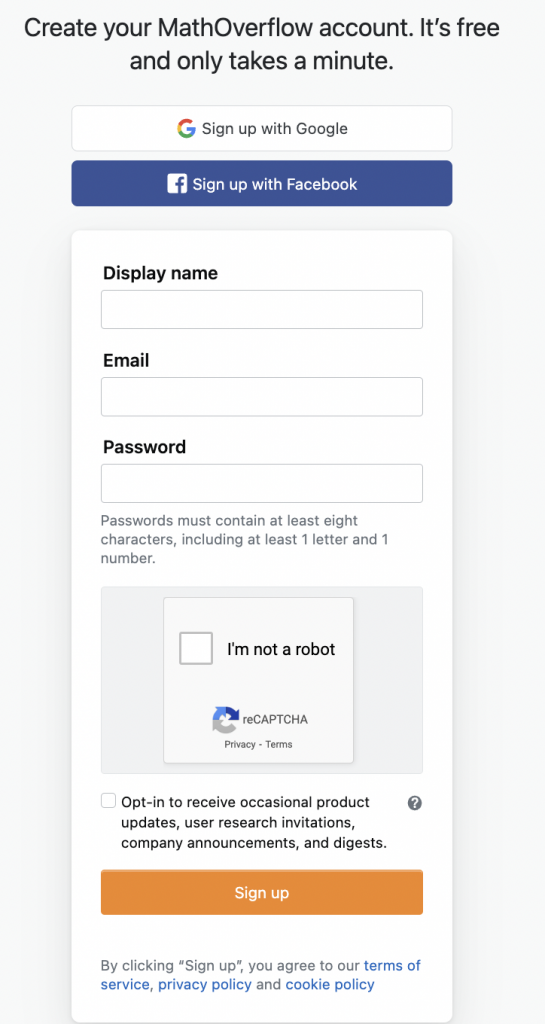 A "professional"
Reply to  humphrey

I often give talks for professional philosophers, but typically anyone can walk into the audience, and they can even ask a question at the end without inspection of diploma or institutional affiliation…Report

I am confused. The paper was retracted because the author was wrong? But it is perfectly normal in philosophy and science that scholars refute the claims made by others. So why retract the article? Why not publish a reply article explaining where the author got it wrong instead?Report

This is one reason why it’s a bit quick to think this “victory for post-publication review” (Justin cites the Heesen and Bright on peer review) is relevant to most philosophy, which is importantly different in content and methods from mathematics.Report

I don’t think it’s actually normal in philosophy or science to refute the claims made by others. You often make an argument for a contrary claim, or against their claim, but you’re working with different background information, so it’s usually not a real refutation (regardless of how many philosophers *claim* they’ve refuted internalism or externalism or physicalism or dualism or whatever).

In cases where two arguments for opposed conclusions are both doing something meaningful and interesting, even if working from a different background, it’s worthwhile to keep both arguments around. But when one of the arguments claims that it has a logically valid argument, when it just doesn’t, then you should retract.Report

Because mathematics follows norms of proof, and science and philosophy don’t.Report

I’m still trying to understand why the paper was *retracted*. Does every mathematical that is found to contain an error get retracted? I’m not a mathematician, but I’m guessing the answer here is “no.”

Is the answer perhaps one or both of the following? (a) The error was super, super bad; (b) something was found to be amiss (not simply inaccurate) with the refereeing process.

This discussion seems to say that (a) and (b) are both the case; I’m curious if they are what made the paper not merely incorrect, but retraction-worthy.Report

Both (a) and (b) contribute. The identified errors appear irreparable and discovering them doesn’t reveal anything interesting about the attempted proof. The papers don’t have other important results apart from the attempted main theorems. Further, these are somewhat high profile since the claimed results are antecedntly famous and recalcitrant. Under those circumstances, a retraction seems sensible. The appearance of editorial or review shenanigans compounds the issues.Report

I think in most of math and science, conclusion-invalidating clear failures of formal techniques usually lead to retraction. But it matters that it’s uncontentiously demonstrable that it’s an error (as here): theoretical physics papers with generally-accepted-as-dubious approximation moves don’t generally get retracted, because there’s not such an unambiguous check of correctness. (And of course most of philosophy is less uncontentious still.)Report

In case anyone is interested, I wrote some thoughts on these events over at Twitter, including some links to relevant literature on the exceptional status of line-by-line checking of mathematical proofs:
https://twitter.com/cdutilhnovaes/status/1587855753599221761Report

Normally, if you make a significant contribution to a relatively well-known open question in mathematics, you submit a paper to a *general* mathematics journal not a specialized one. Thus if you solve a problem as important as the twin-prime conjecture, you send your paper to Annals of Mathematics or the Journal of AMS or the like, not to Studia Logica. (These are as prestigious in mathematics as are the Philosophical Review and Mind in philosophy).

The mere fact that a paper with such a big claim appeared in a specialized journal was suspicious in the first place.Report

I don’t know a thing about number theory, but I don’t think that the quote from James Hanson above identifies a “central error.” (Hanson’s comment is long and detailed; the refutation is much more complicated.) It’s true that 0 and S(vi) are terms, not variables, but like the observation about “lofty” language, this is ad hominem: i.e., it casts doubt on the author’s competence. Strangely enough it’s a logical error, and the author is a competent logician.

As far as process is concerned, the author must have submitted to this unlikely venue because he is an associate editor, and the desire to publish a sensational result was likely part of the e-i-c’s motivation to rush into print. Maybe, he didn’t say ‘this is not the right place to submit this paper’ because he coveted a place in the history of mathematics.Report

If you read the comment in full on Math Overflow, it is a clear refutation.Report

If you read the math overflow posting in full, it is clear that the error is very central. No-one who has learned of the error has contested it.Report

A statement by the editor in chief now appears on the Springer page for the journal. The statement differs slightly from the announcement previously posted on studialogica.org that was quoted in the OP.Report

It may be worth noting that *most* mathematics journals use single-anonymized review, so that Studia Logica is not an outlier here.Report